Handling reports of events that suggest discrimination and reports of hate crimes and messages: that’s one of the missions of Unia. If we are authorised to deal with a report and if more than a request for information is involved, we open a file.

The Dutch- and French-language versions of this page give a detailed picture of Unia's numbers. 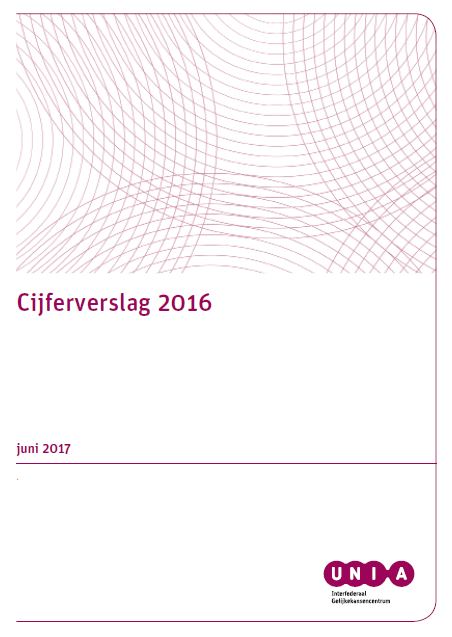 Unia received no fewer than 5,619 reports of discrimination in 2016. These led to 1,907 case files being opened concerning possible discrimination, hate speech or hate crimes. This represents an increase of 20 percent from 2015.

Most of the cases concern discrimination on grounds of race (30 percent), followed by disability (28 percent) and religious convictions (14 percent).

Unia was contacted most frequently about discrimination in the area of work in 2016, with a total of 1,098 reports, up around 55% from 2015. The increase was mainly recorded in the public and commercial sectors. Most of the other reports we received were in the areas of goods and services (1,068 reports) and the media (624 reports).

The complete statistical report from 2016 can be downloaded on this page.

Stay up to date