Two disabled people have contacted Unia independently concerning the same airline company, reporting treatment that they experienced as discrimination. The company in question is a European airline that flies in and out of Belgium.

In this article, we will outline how the case unfolded and how Unia, together with the passengers and the airline company, arrived at a solution.

In this way, we hope to inform the general public on the rights of disabled airline passengers. 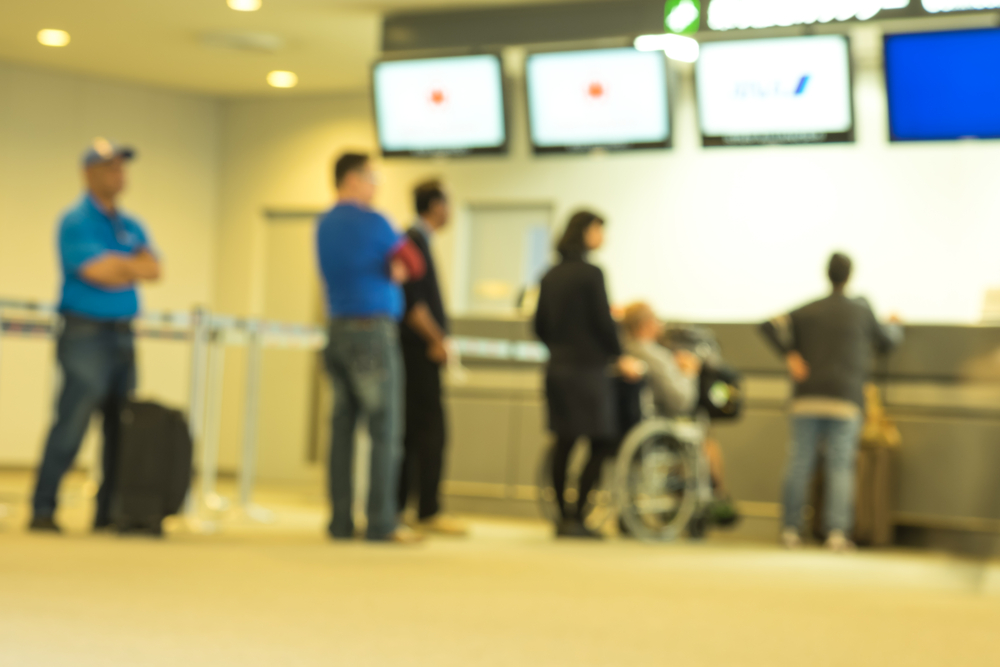 A visually impaired woman who travels with her guide dog attempted to book a flight on two occasions. The company cancelled both reservations because of her dog. According to the company, there were already multiple service dogs travelling on both of those flights whereby the maximum number of dogs for a flight had been reached. Only when she attempted to book a flight on a third occasion, this time to a different destination, did the company allow the guide dog on board.

A few hours before the departure of her flight, the woman was once again told that her guide dog could not accompany her. The dog was not on the list. The airline company’s customer service did not forward the approval to the external services involved. Only after much insistence was her guide dog ultimately allowed to accompany her on the aeroplane.

The other person who submitted a report uses an electric wheelchair to get around. She booked a flight with the same company because she needed to give a speech at a conference for her job. She submitted a request for the transport of her wheelchair. The airline company asked her to supply the same information and safety certificates three times over. After much insistence, the company ultimately approved the transport of her wheelchair.

Things went wrong during the boarding procedure. She was denied access to the aeroplane. The pilot refused to transport her wheelchair because the required approval documents were missing. The error was on the part of the company's customer service, which did not follow the procedure. The passenger had to stay behind while the aeroplane departed.

The company did not work together with her to seek an alternative way to reach her destination. She was forced to return home. The company did not respond to her written complaint, she received no apology and her tickets and expenses were not reimbursed.

The airline company did not initially react to the intervention by Unia. After being served with an official notice of default, the company admitted that errors had been made.

What the law says 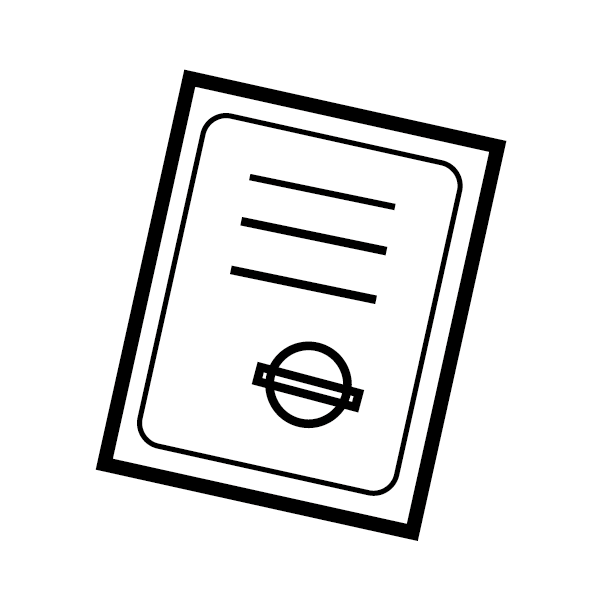 According to Belgian anti-discrimination law, suppliers of commercial services must treat disabled people equally. Differentiation based on disability is only allowed if it serves a legitimate purpose and the differentiation is appropriate and necessary in order to achieve that goal. Furthermore, private companies must provide reasonable accommodations if their services are unsuitable for a disabled person. Companies may only refuse to make these accommodations for their disabled customers if they would represent an ‘unreasonable burden’ for the company.

In addition, in this case, European regulation 1107/2006 on the rights of disabled persons and persons with reduced mobility when travelling by air must also be taken into account. This regulation aims to allow disabled passengers to travel freely and prohibits airline companies from discriminating against them.

Thus, the regulation prohibits airline companies from refusing disabled passengers based on their disability except in exceptional cases, such as for safety reasons. If the airline company refuses to transport someone, then the company must offer an acceptable alternative or reimburse the tickets. Furthermore, airline companies must provide disabled passengers with free assistance and must thus transport aids, such as a wheelchair or guide dog, barring exceptional cases, such as for reasons of safety. In the event of denial of boarding, the passenger who has been refused has a right to information and compensation. 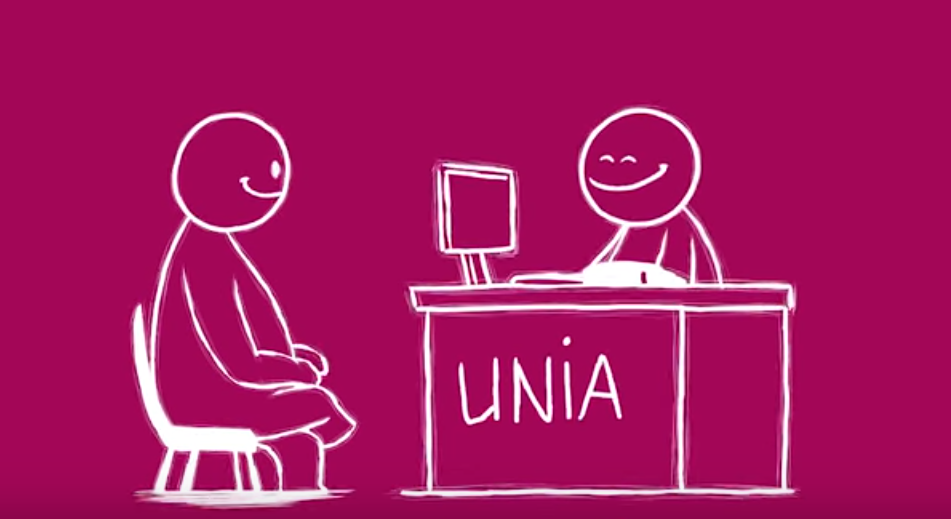 In the two cases, the airline company denied access to their aeroplanes because of the person’s disability. Specifically, the company refused to transport the aids that are necessary to enable the two passengers to get around autonomously. That is why the refusal constitutes differentiation based on disability.

However, for both cases, the airline company was unable to claim a credible exception on safety grounds or any other legally acceptable reason such as force majeure. That is why Unia is of the opinion that the incidents constitute direct discrimination in the sense of the anti-discrimination legislation of the European regulation.

In addition, the reports clearly illustrate that the airline company has not organised its service for disabled passengers sufficiently to meet the European requirements for accessible transport.

Furthermore, the company also failed to fulfil its duty to provide assistance. Since the company refused to allow people to board, the company should have come up with an acceptable alternative or reimbursed the tickets. By refusing to respond to the second passenger’s complaint, the company also denied this passenger the right to information and compensation. For these reasons, according to Unia, the airline company acted in violation of the provisions of European regulation 1107/2006 on the rights of disabled persons and persons with reduced mobility when travelling by air.

In this case, Unia would like to reiterate the importance of guaranteeing accessible transport in order to ensure that disabled people are able to participate in society independently and on the basis of equality. Accessible airline travel is an essential part of this.

The airline company acknowledges the discrimination and is prepared to come to a settlement out of court in consultation with Unia and the passengers.

The airline company has made a commitment to improve their services in concrete and measurable ways so that disabled passengers will be able to rely on accessible transport and high-quality assistance in the near future.

The company will first appoint an international expert to perform an audit of all of their services. According to the agreement, this expert must be a specialist in air travel for the disabled and they must be free to conduct the audit fully independently. Based on the results of the audit, the company will present a plan of action to Unia indicating the steps to be taken. Unia will monitor the process and will receive a full report of the measures taken.

If the airline company complies with the obligations in this agreement within the established timeframe, Unia and the passengers have agreed that they will not take further legal action against the company

Three years after Belgium was condemned for failing to guarantee the right to inclusive education in the Flemish Community for children with intellectual disabilities, the European Committee of Social Rights has made public its decision concerning education in the French Community of Belgium: Belgium is once again condemned.

Why safe spaces are essential for marginalised groups

Differentiation on the basis of skin colour is never permissible. There is not the slightest doubt about that.

No major progress in the lives of persons with disabilities

1144 people participated in a study launched by Unia about obstacles that make it difficult for persons with disabilities to exercise their rights. Most respondents state that there has been no major progress in recent years. Being able to lead a decent life appears to be one of the biggest concerns.

Conference: how can the government create an inclusive education system?

Finding inspiration and gathering ideas on inclusive education: that was the goal of the international conference on 8 and 9 October. For this two-day conference, Unia joined forces with the Netherlands Institute for Human Rights and received support from the OHCHR Regional Office in Brussels.

More information
All articles on

Stay up to date