Unia’s work expressed in figures for 2015

One of Unia's statutory tasks is to deal with "individual reports". Hence, anyone can contact Unia to ask a question, request an intervention, submit an observation or raise any other issue relating to anti-discrimination legislation or the fundamental rights of persons with disabilities, as provided for in the United Nations Convention on the Rights of Persons with Disabilities (CRPD). 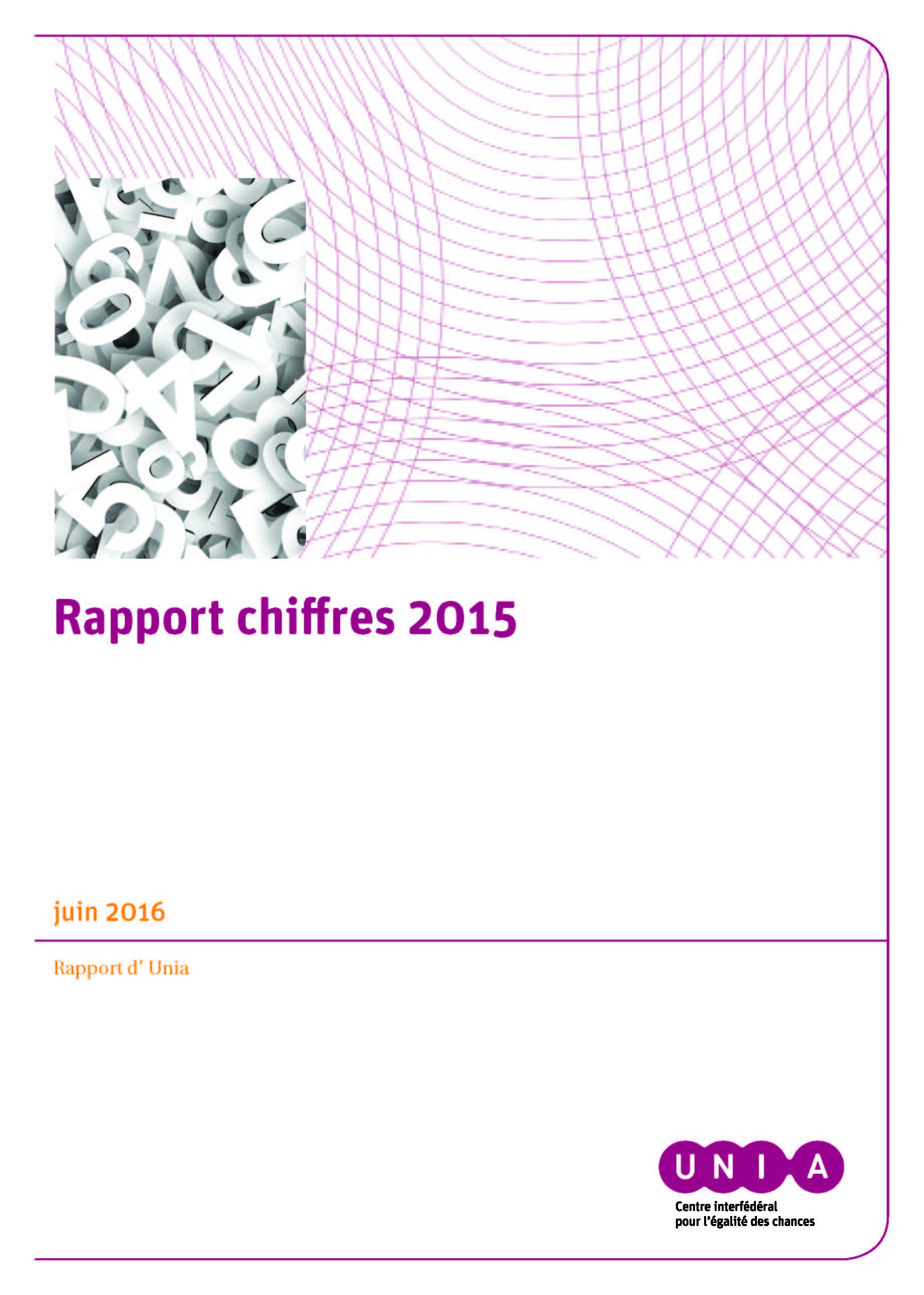 Unia is legally competent to deal with:

If Unia considers itself competent to deal with a report, and if this report is more than a simple request for information, a file will be opened. It should be noted that a report or a file may involve only one criterion concerning discrimination or several of these criteria.

In 2015, Unia received 4,554 reports regarding potential discrimination, resulting in the opening of 1,596 files. This is a slight decrease compared with 2014. But in general, the figure has been on the rise since 2010.

Apart from areas within education, social issues and various activities, we have witnessed a fall in the number of files in other areas.

As was also the case in 2014, the three main areas concerning society were goods and services (24 % of all the files, including and especially accommodation), media (23 %, including and especially the internet), the labour market and work (22 %). This was followed by: education (11 %), social interaction (problems with neighbours or in the public space) (10 %) and the "various activities" sector, such as a cultural or sporting event, etc. (4 %).

Parallel report to the Committee against torture (CAT) (2021)

Lack of reliable and centralized data on allegations of police violence, refoulement or deportation of foreigners despite the risk of torture and ill-treatment, and persistent shortcomings in the care of internees: these are some of the findings of this report.

Unia and Myria present their parallel report on the implementation of the International Covenant on Economic, Social and Cultural Rights.

Unia, Myria and the Combat Poverty Service present their parallel report on the implementation of the International Covenant on Civil and Political Rights.