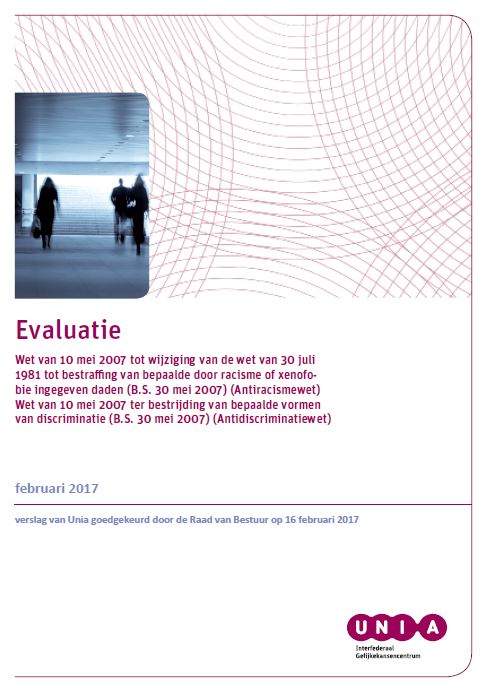 In response to new European regulations, federal anti-discrimination legislation underwent a thorough reform in 2003 with the adoption of the Anti-Discrimination Law of 25 February 2003, which supplemented the Anti-Racism Law (1981) – at the time a purely criminal law – and the Law on Equal Treatment of Men and Women (known as the ‘Gender Law’) (1999). Protection against discrimination was thus extended to cover additional areas, including sexual orientation, age, religious and philosophical belief and disability. The civil law approach (and especially the possibility of seeking an injunction) was an important new development, particularly with regard to the areas protected by the Anti-Racism Law and Gender Law.

In 2007, federal anti-discrimination legislation underwent a further major reform for the following reasons:

Parliament chose to keep three separate laws – a modified anti-racism law, a new anti-discrimination law and a gender equality law – while taking great care to harmonise the concepts used, the material scope of the laws, the civil and procedural provisions and the criminal law aspects of the fight against discrimination. After various actions for annulment had been brought before the Constitutional Court, these laws were carefully scrutinised and found to be in conformity with the Constitution.

On 26 February 2016, Unia organised a study day in Brussels on the assessment of the federal laws on discrimination. In the course of the day, Unia presented its assessment of the Anti-Racism Law and the Anti-Discrimination Law. Here you can find the various participants’ contributions, in the form of PowerPoint presentations and texts.

The first part of the report assesses the situation before and after the 2007 reform of the Anti-Discrimination Law and the Anti-Racism Law based on an examination of specific cases: notifications received, cases handled, judicial and other proceedings. In this way, Unia seeks to draw attention to a number of problems which still exist in terms of compliance with the law, the protection of victims and their access to justice.

The second part looks at a series of specific points relating to the Anti-Racism Law and the Anti-Discrimination Law: prohibited grounds, material scope, justification mechanisms, protection of rights and penal provisions.

The analysis of cases and the consideration of these points lead to the formulation of Unia’s recommendations on improving the legal position of victims of discrimination, hate crimes and hate speech. These recommendations appear at the beginning of the report, and also serve as a summary.

The preamble also includes a brief glossary which defines the key concepts used.