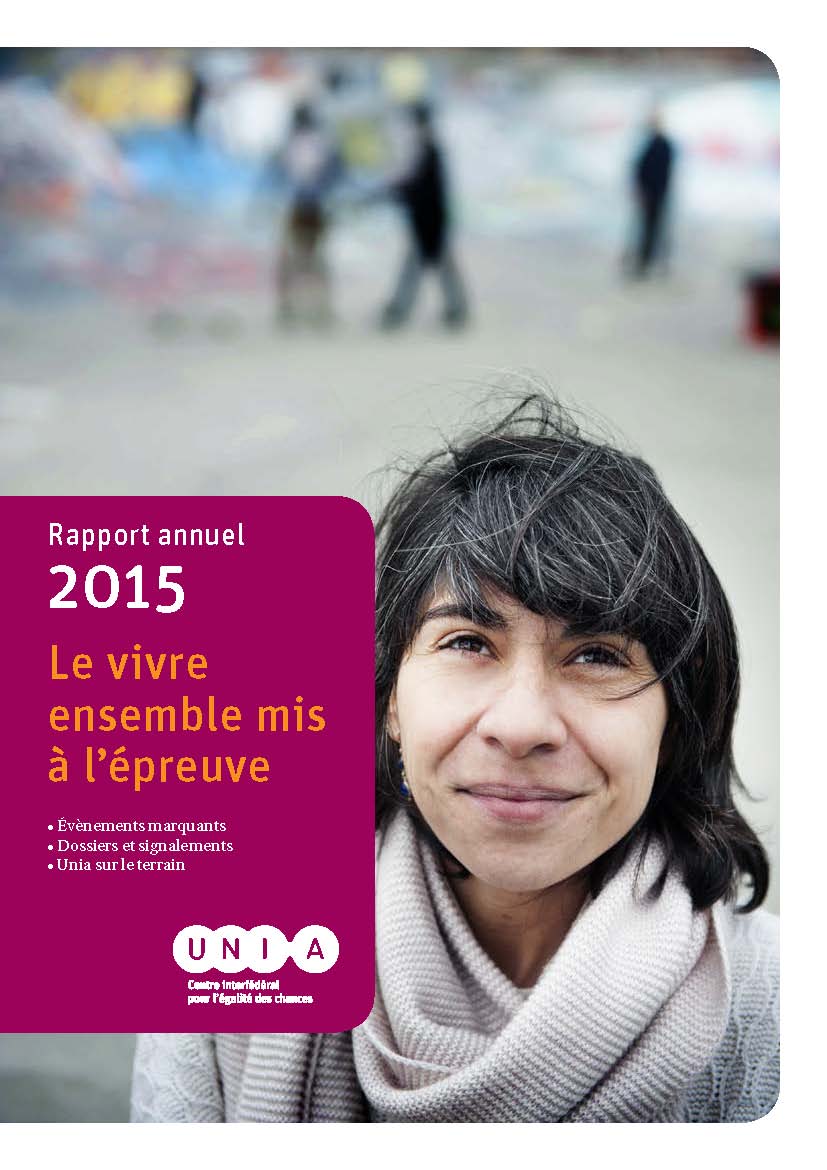 Living together put to the test

The divide between different sectors of the population seems to be getting wider, and social relations have been put to the test at various levels. We are confronted with fundamental questions regarding values and standards, freedoms and individual responsibilities, and ultimately, the actual possibility of harmonious cohabitation.

This annual report endeavours to provide an answer to questions such as these. It begins with an overview of the major events that had a repercussion on Unia's work in 2015. In particular, there is the tense climate that has reigned since the Paris attacks in January and November; the implementation of the "M-decreet" in Flemish education; the second Socioeconomic Monitoring report, which shows the close link between the origin of workers and their position on the job market; the assessment of anti-discrimination legislation; the (missing) legal framework regarding neutrality issues; recording hate crime and information exchanges on this subject.

Chapter 2 succinctly presents the main figures relating to the files and reports dealt with by Unia in 2015. In Chapter 3, these files are analysed according to the areas for action (goods and services, media/internet, employment, education, etc.) and in Chapter 4, according to the discrimination criteria (so-called "racial" criteria, disability, religious or philosophical beliefs, sexual orientation, age, wealth, etc.).

Chapter 5 shows how Unia has been active at a federal level, in relation to federated entities and on a local scale, since interfederalisation. As usual, this annual report concludes with a look to the future (chapter 6).

Presentation annuel report in the parliaments

In 2016 and 2017, we presented our annual report 2015 to the different Belgian parliaments. On October 19, 2016, we talked about the annual report in the Chamber of Representatives (Belgian Federal Parliament).

On November 28 (2016) we presented the annual report in the Parliament of the German-speaking Community (see also the video), on January 17 (2017) in the Walloon Parliament and on January 26 (2016) in the Flemish Parliament.