Unia’s work expressed in figures for 2016

Unia received no fewer than 5,619 reports of discrimination in 2016. These led to 1,907 case files being opened concerning possible discrimination, hate speech or hate crimes. This represents an increase of 20 percent from 2015. 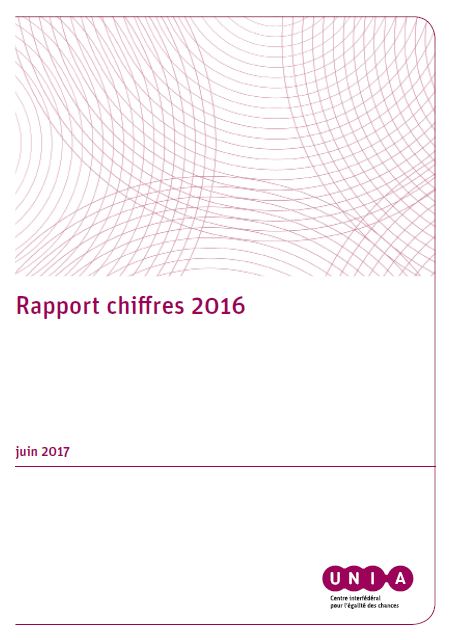 Unia was contacted most frequently about discrimination in the area of work in 2016, with a total of 1,098 reports, up around 55% from 2015. The increase was mainly recorded in the public and commercial sectors. Most of the other reports we received were in the areas of goods and services (1,068 reports) and the media (624 reports).

The complete statistical report from 2016 can be downloaded on this page in French or Dutch.

Unia and Myria present their parallel report on the implementation of the International Covenant on Economic, Social and Cultural Rights.

Unia, Myria and the Combat Poverty Service present their parallel report on the implementation of the International Covenant on Civil and Political Rights.