The year 2010 was one of consolidation and preparation. Consolidation. The Centre strengthened its structural collaboration with the regions and communities, both with Flanders and with the French Community and the Walloon Region. In the course of 2011 the Centre expects to conclude similar collaborative agreements with the Brussels-Capital Region and the German-speaking Community. These agreements are in line with the potential conversion of the Centre from a purely federal institution to an 'interfederal' body based on a collaborative agreement among the country's various political entities. 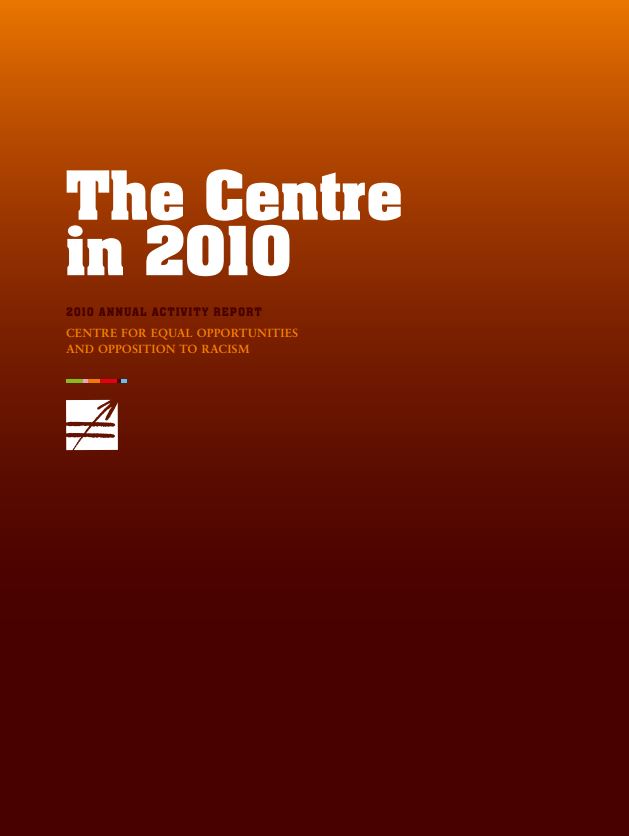 Long-term projects were also consolidated, such as the Diversity Barometer and the socioeconomic monitoring of persons of foreign origin. In the context of the Round Tables on Interculturality, an initiative of Equal Opportunities Minister Joëlle Milquet, the Centre considered the sensitive issue of 'reasonable adaptations'. This thought exercise will continue in 2011.

Consolidation cropped up internally as well, with the development of a new job ranking system and a new wage agreement to match. This allowed a reassessment of wages and remains within the limits laid down by the Board of Governors. A separate job ranking system and wages policy also represents a preparatory step in setting up the interfederal Centre.

Finally, 2010 was also characterised by the Belgian Presidency of the EU. The Centre was actively involved in the latter as an organiser or co-organiser of a wide range of important and successful events, thereby making a modest but valuable contribution to the success of the Belgian EU Presidency.